Organize or Manage all apps installed on your iOS device (iPad and iPad) by Crear Group of apps or Create Folder. Yes, We can also Nest folders (Folder inside Folder) using some easy methods. New in iOS 11 supporting Gesture and multitouch finder on app home screen. That’s where I show you how to Make Nest Folders on the iPhone, iPad. The nested folder is also the ideal way to hide some secret app insecure place means folder inside folder apps, We can manage all the Apps in Folder Group like Social, Finance, Utility, Education, Game, Business, Productivity.

Also, This tutorial cover guide for the latest iOS installed on iPhone models is iPhone and iPad. To decrease complexity on creating a folder using gesture or two fingers, Watch my video tutorial.

What is nest folders on the Home Screen

Prepare home screen more smart ways, which will easy to use or open apps and webpage shortcuts from the desired place every time. Officially apple doesn’t give this an excellent option, but iOS users want it, and they are doing only this way. Keep your iPhone, iPad Updated with the latest iOS/iPadOS Version. – Settings > General > Software Update. Before starting the Nesting folder in a new way, We can reset the Home screen to Remove all Wrongly nested folder from iPhone, iPad home screen (Settings > General > Reset > Reset Home Screen Layout).

Steps For Nest Folders on iOS Running on iPhone, iPad

Touch and Hold on App icon from iPhone, iPad Home screen. Until you see the Popup for the app. Select the Edit Home Screen option. 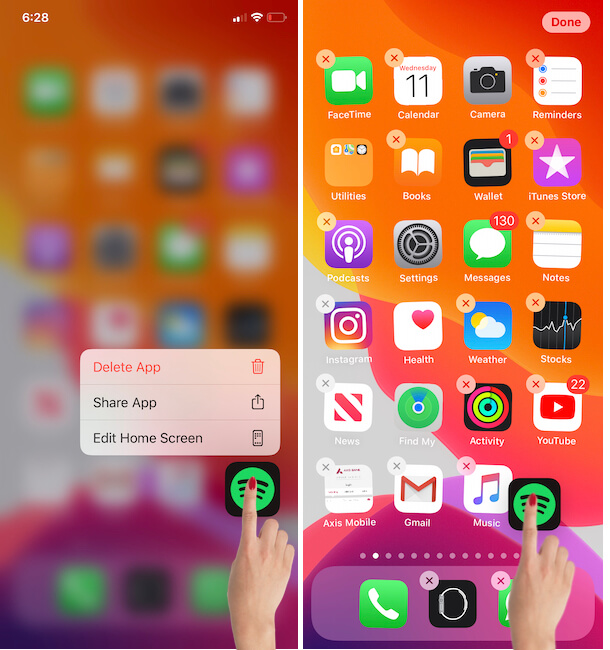 Now all the apps will jiggle on the home screen. Now Move the Jiggling app icon to another app. 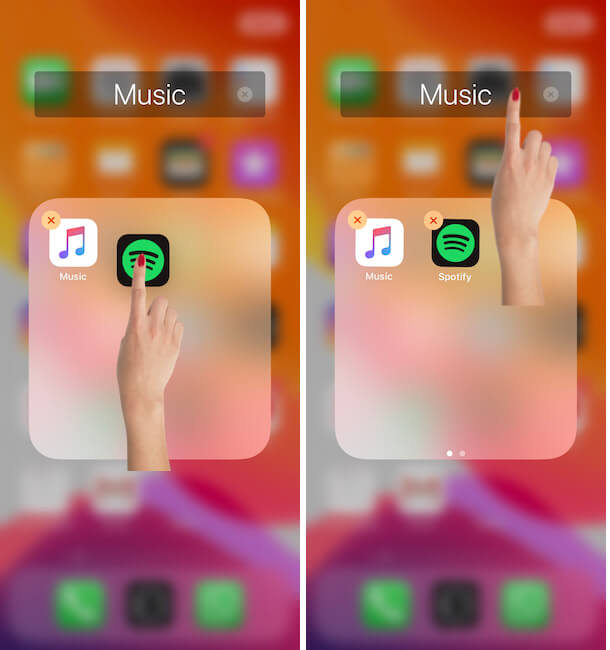 Both apps will move into the new Folder. Now back to the home screen and Move Third App to Folder, the Third app will be moved into Folder, Repeat the Same steps to add new Apps turn by turn. 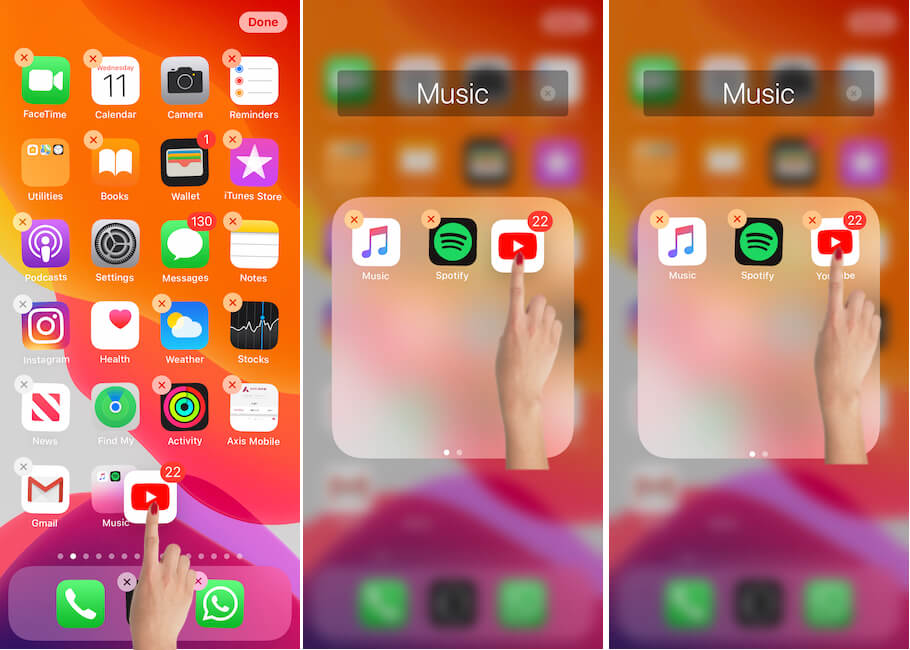 Move app into Next folder

Go to the App Home screen, First Create a simple folder by tap and hold finger on the app that you want the mode to another folder. After the jingle start, Drage and overlay to another app.

Lift up your finger to put it into the folder.

Next, Select multiple apps using Multitouch Gesture On iPhone, Select an app and hold it, Slide move to another place after that using another finger select all other apps one by one and create the group of app.

Now, Move all grouped apps into a recently created folder that it.

In the same way, we can remove the folder or unnest folder on iPhone, iPad Home screen.

Make only one folder (That’s we can do officially, By drag app icon on to another then repeat with the existing folder). Keep one app space at the bottom corner.

Choose any of the two apps and Create a combined folder of its. Move one app into another app using drag and drop, after that press home button immediately.

Remove One App from Created Folder

Came out one app from a newly created folder. (Press on an icon and drag out on home screen back).

Currently, only a single app inside folder right! Move this app near to the bottom edge of the folder. At the time leave an app and press the home button quickly.

Try to place one app and folder at the same time over the app. See the video tutorial to understand each point,

Don’t miss to share my help on nest folders on iOS Step by Step with your Friends. It’s handy to others like you!