Apple’s new concept to unlock MacBook with Apple Watch is greatly appreciated by Apple fans, but every new feature has its own issues which can be easily fixed by referring a few troubleshooting techniques. If you are a business professional or collegian, and always carry the MacBook and Apple Watch with you, then you must set up Auto Unlock MacBook Using Apple Watch if you haven’t already.

But to use this feature there are certain requirements to be followed, and if they aren’t fulfilled then MacBook won’t unlock using Apple Watch on MacOS Catalina, Mojave or earlier versions.

If all of the above conditions are satisfied but still can’t auto-unlock MacBook with Apple Watch, then continue to read the article.

System Requirements to Use Auto Unlock on Mac with Apple Watch:

Not all the Apple Watch and watchOS support this auto-unlock on Mac. The Apple Watch should be running on watchOS 3 or later version and Mac updated with macOS Sierra or later.

To Approve the administrator password request on the auto-unlock feature, you’ll need watchOS 6 and macOS Catalina. 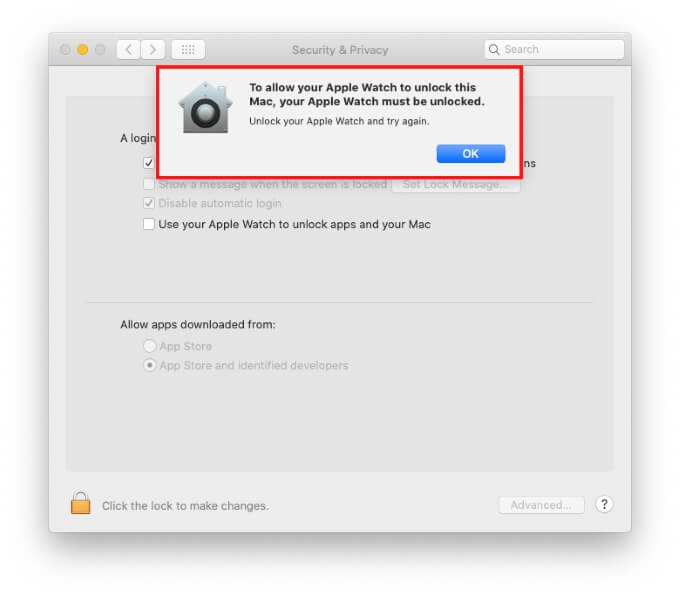 Tip 1: Bluetooth and Wi-Fi Must be Turned ON on Mac

To unlock Mac or MacBook using Apple Watch, you’ll need to enable Bluetooth and Wi-Fi on Mac. In case, disabling and enabling the “Use your Apple Watch to unlock apps and your Mac” on MacBook, the system will ask you to turn on Wi-Fi and Bluetooth and after that, you can use the auto-unlock feature on Mac.

Tip 2: Bluetooth Should Be Enabled on Apple Watch

If Apple Watch isn’t connected, it will show RED symbol just like this. 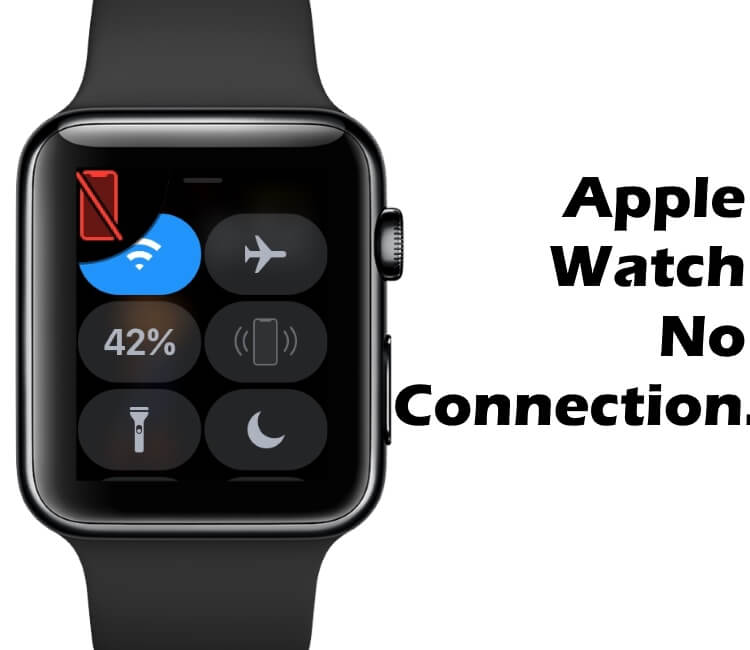 Tip 3: Both, Apple Watch and Mac must be logged in with Same Apple ID

This is a very silly mistake people often make when they bring a new Apple Watch or switch to a new MacBook. Always use the same Apple ID across iPhone, Apple Watch and Mac to get the most out of the Apple devices. Similarly, if you want to use auto-unlock, but unlock Mac with Apple Watch no longer working, then make sure to verify the Apple ID on Apple Watch as well as on Mac.

Or you could directly check the devices that are currently signed in with the Apple ID right on the iPhone. Go to the Settings app > Tap on your profile name > Scroll down, all the devices are listed including Apple Watch and Mac that are using the same Apple ID.

Tip 4: Apple Watch & Mac Should Be In The Range

How to Disable/Enable iCloud Collaboration Folder on Mac

How Can We Use Airplay To Mac In Macos Monterey? Here’s How!

How to Download and Install Windows 11 on Laptop or Desktop PC: 2021