How to Turn On/ Turn Off Bluetooth on iPhone, iPod Touch

Generally, in almost smart gadgets (Smartphone, tablet) we are using Bluetooth to share media files, audio MP3 files between two devices in near range. Even though, in Apple’s iOS devices like iPhone, iPad, and iPod Touch- the definition of Bluetooth differentiate than running other operating systems Smartphones and tablets. Yes, because of if you an iPhone owner then you understand that the using iOS Bluetooth we can only sync Apple Watch and other third-party accessories (headphone, Bluetooth speakers) available in the market places. Even if you are a newbie with iOS and want to share a file, docs with other iOS devices then you should use Airdrop that you can see in Control center. Get guide in deep at below that will teach you how shortcuts operate Bluetooth on iPhone, iPod Touch.

There are three different ways to toggle on Bluetooth on iOS 10/ iOS 11 and later device using Siri, through the Control Center and last way is iPhone settings app through. Therefore, while you noticed Bluetooth toggle grayed out, then you can quickly try listed alternate options.

Alternate ways to Turn on/ Turn off Bluetooth on iPhone, iPod Touch 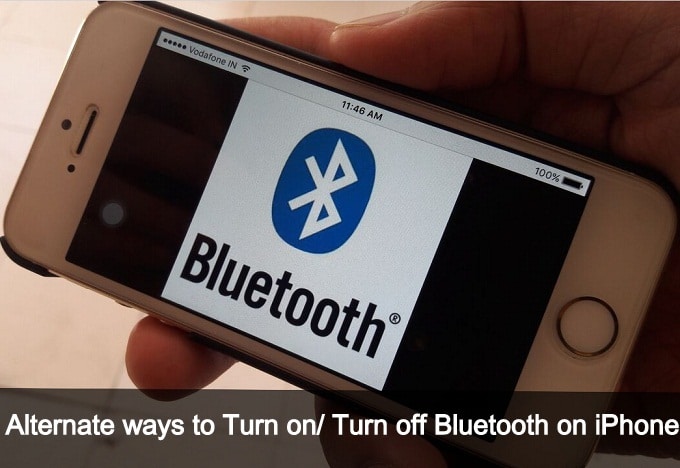 Step 1. Go to Settings on your iOS device home screen.

Ever you want to turn off Bluetooth, then just follow above steps and turn Bluetooth toggle off.

Siri’s voice to activate Bluetooth feature is great. For that, you should have turned Siri On on your iPhone, iPad, iPod.

To Turn on Siri,

Go to the Settings > General> Siri > Turn Siri On.

To Wake up Siri by pressing and hold iPhone Home button.

Now use a command for Siri ‘’Turn on Bluetooth’’. That will enable your iPhone Bluetooth that you appear in below screen.

To make disable/turn off Bluetooth using Siri follow above steps and give Siri command – ‘’Turn Off Bluetooth’’.

Don’t Miss – In iOS 11 and later – You can enable type to Siri to use Siri without talking. after that, type command turn on bluetooth and tap Done appear on the keyboard’s lower-right corner, Siri will turn on bluetooth. That’s it.

Turn on / Turn Off Bluetooth on iPhone Using Control Center

By the way, 3D touch iPhone (iPhone 8, iPhone 7 Plus, iPhone 7, iPhone 6S Plus and iPhone 6S) users also use peek-pop shortcut way to turn on Bluetooth. 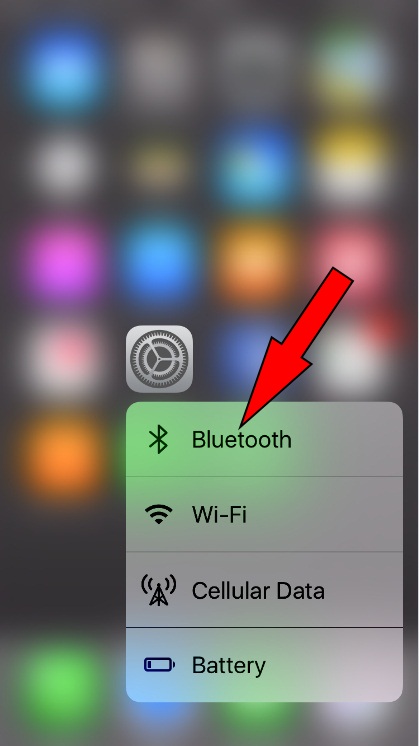 Deeply force touch on Settings App icon and choose Bluetooth, it will let you directly on Bluetooth settings screen.

Swipe up the screen from the bottom side and tap on Bluetooth icon right side on Wi-Fi to disable/enable Bluetooth. 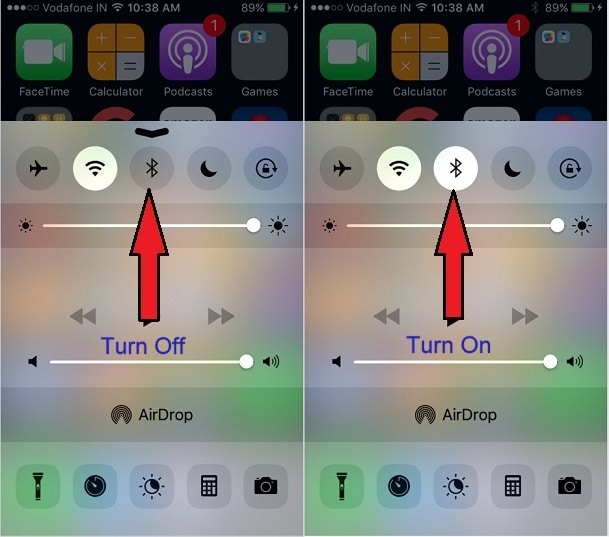 You can see bluetooth toggle in control center in iOS 11 given below screen. 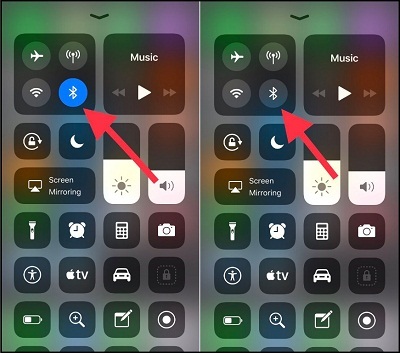 How do I Connect Two Monitors to my Mac Mini M1? Here’s