YouTube – the most popular and #1 free most downloaded online video streaming App in the world. In your gadget there isn’t YouTube then it looks like an empty bucket. And if you have YouTube App but won’t work or video buffering or might YouTube won’t open on your Phone then feeling angry. Right?

In case you suffering from your YouTube App can’t open up due to insufficient storage space or App offload iOS 11 feature. Let’s see my given standard and workable solution to smoothly Open YouTube up on your iPhone/ iPad Air, iPad Mini or iPad Pro. 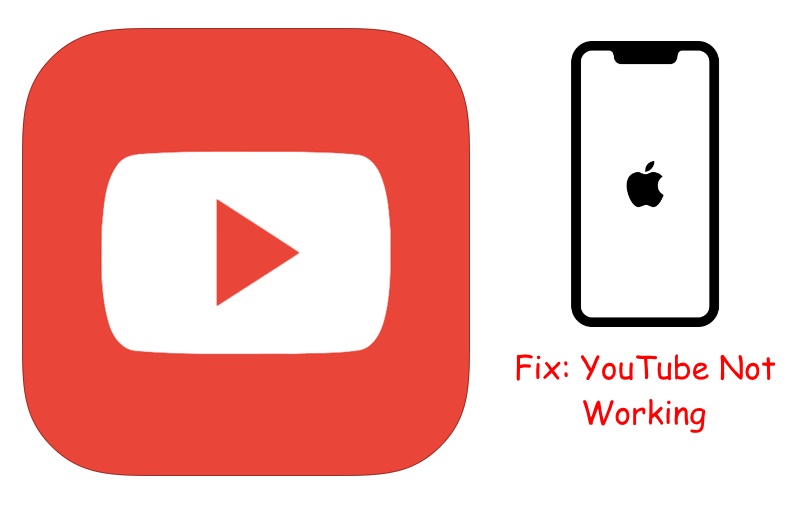 Generally, If App won’t open as you from your home screen, then you need to Force quit the YouTube App. To do this, you have to double click on iPhone 8 Plus Home button to access Multitasking screen. Now Swipe YouTube App card upside to force close.

Restart your iPhone or iPad you need to press and hold on Side or sleep/wake up button until appearing swipe to Power Off then Swipe to the right to get the restart. After this, Check out YouTube get a life or not?

Suppose YouTube release the new version and your device running with old YouTube then App unable to open or not to respond as like you were using as before.

So that make sure you have the latest YouTube version App. Go to App Store App – Tap Update tab appear bottom strip and Find YouTube – Update available – Don’t leave it – you must have to tap on Update to get fresh YouTube all time.

Delete and reinstall the App

Can’t work on listed tricks then you should contact YouTube App Developer to report your problems concern YouTube Won’t open or keeps crashing on its own.

Do you have any other source to repair YouTube App Issues? Note it in the comments.