The iOS 11 Compatible Devices List: You Should Check Your Device is iOS 11 Supported

Brand new iOS 11, Apple Smartphone, tablet and iPod touch operating system introduced Monday at the company’s WWDC 2017 (World Wide Developer Conference) in San Jose. The latest firmware comes with the concept, and Cool features of iOS 11 such as Redesigned App Drawer into iMessage, Messages in iCloud for secure backup, All you messages automatically synchronize, Siri with typing Interface, Apple pay money transfer via iMessage, customize control center and much more.Everything is right in iOS 11, but unfortunately, all iOS 10 devices are not compatibles and powerful to run with the Apple’s brand new operating system.

For that first time, iPhone 5 and iPhone 5C are dropped out from the Pipeline. Okay, you guys, let’s check out following iOS 11 Compatible Devices. And make clear your iPhone and iPad are in or out to get the latest operating system.

The iOS 11 Compatible Devices: Does your iPhone/ iPad Work? Check out 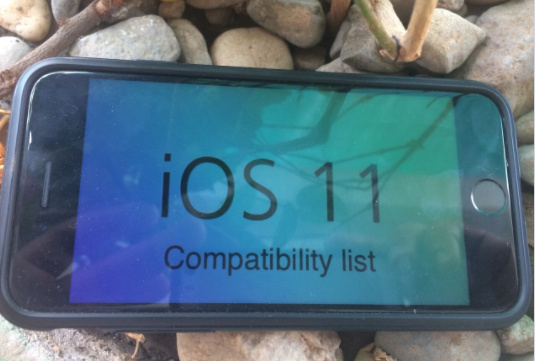 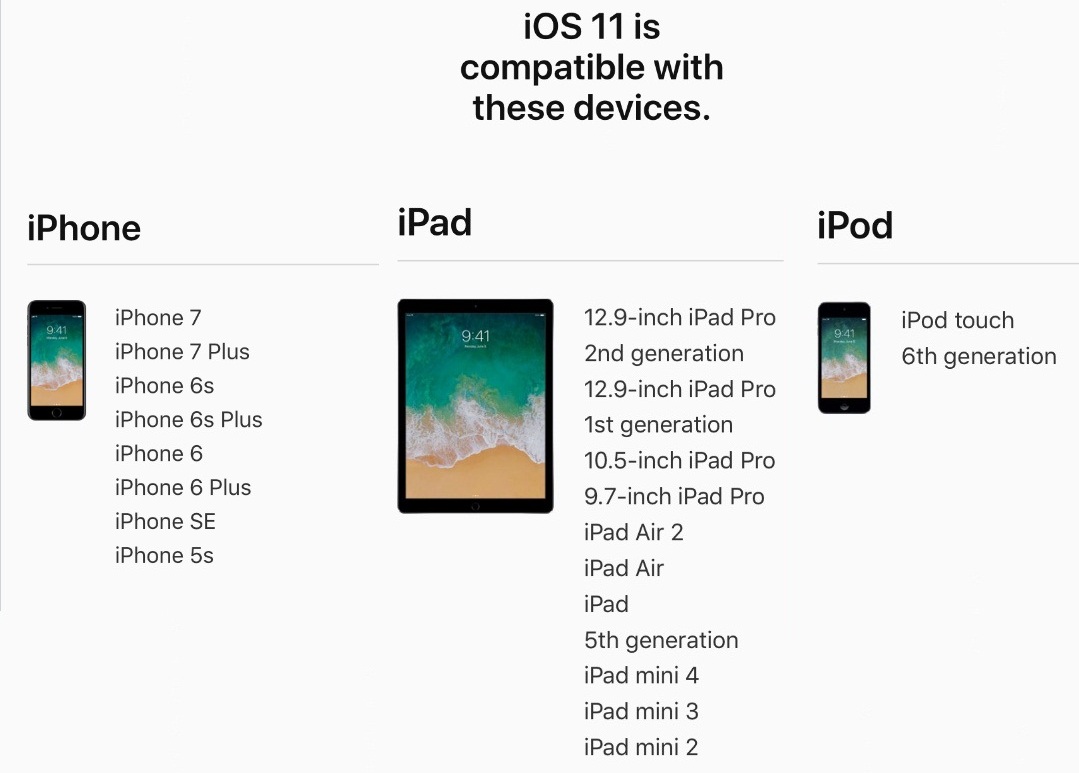 For Mac users, who are using Universal Clipboard and Continuity feature, iMessage and call forwarding on other devices like iPhone to Mac then you should also read this list of macOS High Sierra Supported Devices.

If we Sneek-peek on last year Macs, then there are some of the Apple machines were dropped out to compatibility with macOS Sierra. And, I think behind company unable to do mainly battery life and hardware concern.