Besides, if your iPhone flashlight button is not working or the control center won’t work, you should try these alternative best flashlight apps. Similarly, all apps are giving enough supports on running the latest iOS iPad and iPod Touch. If you have 3D touch, iPhone X, iPhone 8 Plus, iPhone 7, iPhone 7 Plus, iPhone 6S, and 6S +. Then you can also try these worth-free Led flashlight Alert notifications apps on it.

The free torch flashlight app is a sleek design flashlight app for night vision on your Apple iPhone. Here we know about the app features like multipurpose front screen light useful for readers in the darkness, find something in the dark place, walking to your car at night, during a power outage, get the full brightness to replace backyard bulb at night.

Furthermore, if we talk about backside flashlight then, you will get instant turn on the light when you launch the app from the screen, energy-saving lamp, brightness, and faster flashlight, control flashlight by a clap on clap, multiple taps on/off, the flip device on/off control and battery indicator plus front light with video camera and location wise flashlight on/off way—these sleek app compatibles with iOS 10 and earlier iDevice.

The best flashlight app for the iPhone. It’s a free flashlight app on the Apple App store; it has to give many features like Disco light, Handiest, Brightest, and Fastest LED flashlight on the iPhone, iPad. So you will get an exceptional option while peoples are asleep already and if you want to do something then, you can use this app because becomes helpful for you and without bothering other people.

iLights is a unique and good value-designed flashlight app for the iPhone. You can control your iPhone flashlight from your wearable Apple Watch. Let’s check out what features you can control from your Apple iWatch: flashlight on/off, Strobe, brightness speed, strobe speed, etc.

The prime feature is you can enable up to 10 flashes per second, and so this flashlight app for night boating or night driving is recommended. It’s a top in list in the good reviews app in the App Store. It’s a free app for the iPhone.

Note: You must run iLights app on your iPhone/ iPad in the foreground and keep the phone screen unlocked for perfect operation.

The free Flashlight utility app is available in languages like English, French, German, and Russian. Moreover, you get ad-free emergency Morse SOS mode on shake, light intensity control. At all, this is an average five stars best third-party flashlight app for iPhone, iPad. Moreover, you won’t be horrified by irritating marketing ads or no need to have an internet connection to use the flashlight on the iPhone.

Just Flashlight app to brighten up your life in the dark or blackout conditions. If you use the settings of this app wisely, you could get much more battery life even after using this flashlight app during nightstand. 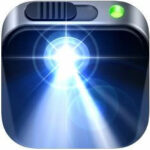 Flashlight App isn’t limited to function flashlight, but also it comes with an inbuilt compass to show you perfect directions even in darkness. A perfect choice for the Plus-sized iPhone with instant flashlight access and an always-on compass feature. Other add-on abilities equipped with this flashlight app for iPhone are SOS signal, Easy navigation interface, ultra-fast operation, and more. 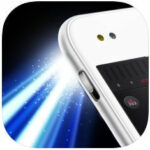 The free Flashlight for iPad and iPhone is a full package of various features that will not make you feel regret after downloading this app. Instead, enjoy the brightest moments of your life even brighter with this app; it offers Disco Mode, Multiple Color screen, Altitude tracker, Animates lights and candles, and more. I hope these features are enough to convince you to download this flashlight app.

iTorch Flashlight App supports both iPhone and Apple Watch, and the best flashlight app for iWatch available to download. This app is enhanced with several features like Quick Turn ON/OFF, Brightness Control, SOS Signal, STROBE mode to manage frequencies, and more that comes in handy. However, constantly using the flashlight app on Apple Watch could gradually decrease the battery life, and the person who has epilepsy can be affected due to Strobe. Make sure to use the flashlight on Apple Watch only when it is necessary.

It’s time to turn your darkest moments with little light; here’s another flashlight app for Apple Watch to download with straightforward features and easy to use interface. Finding keys or iPhones in the car is easier than ever before with this flashlight app only if you have Apple Watch. Besides, this app lets you change the screen colors as you want to test all the colors on Apple Watch.

Moreover, it comes with a brightness adjuster and blinking speed which could be used to save the battery of the Apple Watch.

Try this Tiny Flashlight for your Android phone, with multiple unique options like various screen modes, Morse, Blinking lights, Strobe, and more with a simple interface that won’t create complications in emergencies. A Flashlight tool with thousands of ratings and unbelievable functions in one place should not be ignored.

This Flashlight app is best for looking at a distance of around 10 to 15 feet in a dark area. Not only we need a flashlight when the light goes off, but we also need it when the keys of the car or home are thrown under the sofa by your child.

So, it would be nice to keep the flashlight app like this installed on the smartphone in every condition. Other common features include Morse Code, Compass & Map, Color Screen, and more. 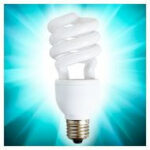 The brightest Flashlight App for Samsung, OnePlus, and other Android phones could lighten up every single part of your device from keyboard to camera’s inbuilt flash. It can enable all the available lights on your device at full brightness like Camera Flash, Keyboard Backlight, Soft Keys, Notification LED, and others. Keeping the battery conditions in mind, you can set the timer, and after two minutes, the application will be automatically closed.

If you are particularly looking for the disco light app, don’t miss Color Flashlight Disco Light App for Android phones. A quick way to turn darkness into a party hall, just by launching the app and tweaking a few settings to set the disco lights.

It also includes music, disco light, police light, blinking flash, strobe light, and more. Luckily, you don’t need to launch the app to enable a flashlight, shake the smartphone, and the flashlight will be turned on.

Let now give us an app name as the fifth number of best flashlight apps for the iPhone, iPad, iPod.