Still, Apple’s Siri only invokes by the user’s voice with and without the Home button (Hey Siri) and wasn’t any hidden method to bring up phone keyboard when the user on the screen along with an intelligent personal assistant. But iOS 12 packed with one piece for Siri and its Siri Keyboard on iPhone and iPad. It is worth feature and easy to use. But many users complaining on Reddit that the iPhone type to Siri won’t work as expected. It might happen due to either subtle glitch in software version or probably unknowingly be setting changed. Don’t worry guys. Here I’ll mention useful troubleshooting. I hope that this guide will help you to fire up type to Siri back.

Read fowling steps carefully and apply noted settings. In the end, don’t forget to share your feedback in the comments.

Why Type to Siri Not working on my iPhone? Get Fixed 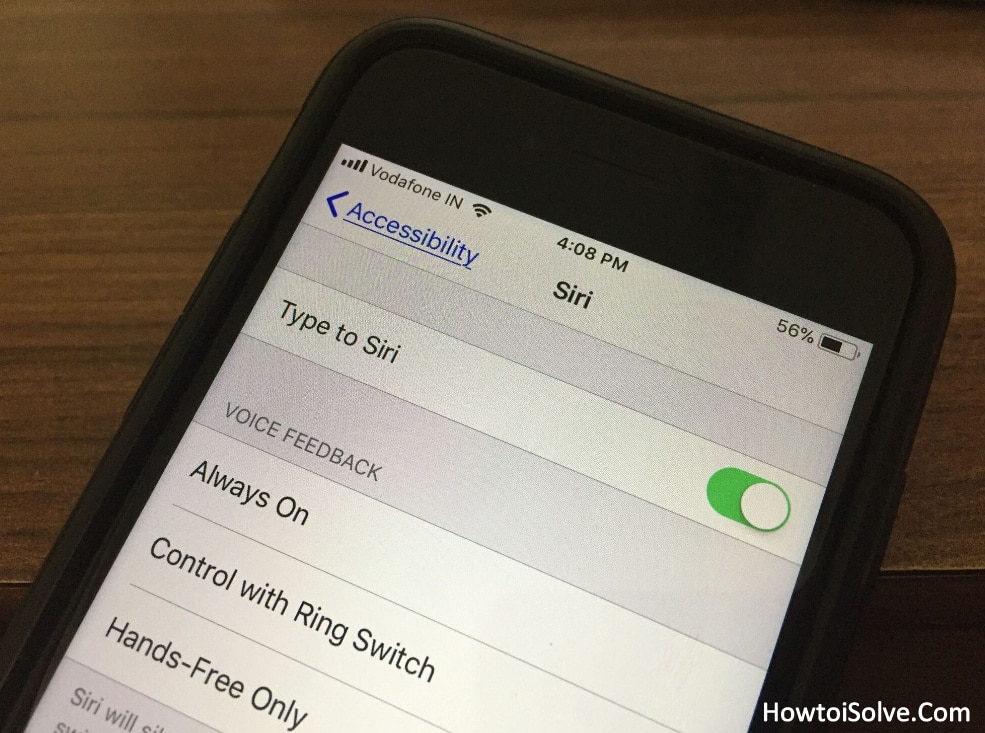 First of all, you should check out Type to Siri is turned on under the Settings preferences.

Check Type to Siri enabled for iOS 13 and Later iPhones

After this, activate Siri, so you will get the Siri along with a keyboard to type your command.

Check Type to Siri enabled for iOS 12 and Earlier iPhones

If it’s off/white, please click it and do enable. For those users who have type to Siri activated, then Restart/ force restart your iDevice to fix an issue.

Restarting the iOS device will fix this issue quickly.

Unable to typing on Siri keypad

You can’t type or feeling hard to use type to Siri on your old device or even brand new iPhone or iPad. Please force reboots your handset. Don’t worry. This way can’t delete anything it just clears RAM and provides a fresh environment to run flawlessly.

The alternative – Launch the Settings App → General → Accessibility → Home button → under the Press and hold to Speak – make sure check-marked is next to the Siri neither on Voice Control nor Off.

None of the above workarounds helpful to get rid of iOS-type to Siri not working on iPhone and iPad. Then we have two extra tidbits which are listed below.

Make sure your device connected to Wi-Fi enough bandwidth.

Is any update available there? Please do the update first and test feature again.

Take the latest backup then erase all content and Settings, after it, restore your backup cause of Most of the users preferred this clue.

Useful –  Text replacement in iOS to quickly input your phrase with a shortcut. Such a time-saving feature when we are texting, email, typing notes, etc.

Hey, guys don’t forget to share your feedback in the comments. We are waiting for your review. Thanks for Reading us!